University of Bologna, Department of History and Cultures (UNIBO-DISCI)

The origins of the University of Bologna (www.unibo.it) go way back, as it is considered the oldest university in the Western world (year 1088). Its history is intertwined with that of the great names of science and literature; it is a cornerstone and a point of reference for European culture. For the Alma Mater, research is a central pillar and a fundamental lever for competition and employment, as it is demonstrated by its widespread commitment to a range of initiatives and activities. Within Europe, the University of Bologna stands out for the wealth of skills and its systematic policies of services supporting researchers and their achievement of important goals. The History and Culture Department’s research interests and its teaching and learning offers cover a wide variety of geographical places, many areas and themes across anthropology, archaeology, geography, history and religious studies, from prehistory to the contemporary world, within a rich multidisciplinary environment. The research activities in the field of Byzantine and Post Byzantine art and Archaeology have a strong background and they are carried throughout international archaeological missions and excavation projects, national and international congresses, workshops, exhibitions, in cooperation with territorial public authorities as well. 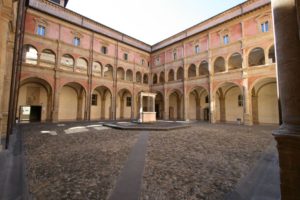 Role in BYZART project:
UNIBO- DISCI is in charge of the scientific coordination and technical management of the project. It is also involved in some of the main activities of the action. In cooperation with IU AVARTS, it focuses on IPR issues concerning the digital materials that BYZART project will offer to Europeana platform. About activity 5, it is deeply engaged as data provider for the new Europeana Byzantine collection: the UNIBO team provides to digitize and catalogue about 19.000 items from different UNIBO collections about Byzantine Art and Archaeology of the Mediterranean. Besides, it is in charge to acquire the rich archives of the Italian Archaeological School in Athens, which regard archaeological investigations and monuments of the Byzantine heritage all around the Mediterranean. UNIBO is also involved in many dissemination activities and in the sustainability of the project after its completion. 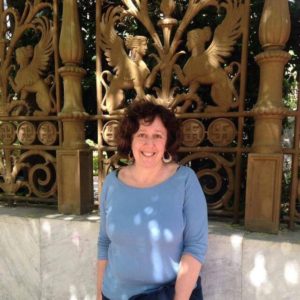 • prof. Isabella Baldini (scientific coordinator): Associate professor at the University of Bologna, she holds a postgraduate diploma in Late Antique and Early Byzantine Archaeology from the Italian Archaeological School of Athens (1993) and a PhD in Late Antique and Medieval archaeology (1996) from the University of Bologna. She conducts her research in Late Antique and Byzantine Archaeology, and she is the director of the archaeological missions in Kos and Mitropolis – Gortyn (Crete). Her areas of research interest are the monumental and decorative development of Late Antique and Byzantine cities and the social representative systems. Engaged in national and international research projects, she collaborates with many European Institutes. Author of numerous publications, she has received several awards and recognitions from prestigious centers and institutes (Accademia dei Lincei, Dumbarton Oaks, Onassis Foundation). For BYZART project, she has the role of scientific coordinator.

• prof. Salvatore Cosentino (team member): prof. Salvatore Cosentino (team member): Full Professor of Byzantine Civilisation at the University of Bologna. Former member of the Istituto Italiano di Studi Storici of Naples (1984-1985), he took his PhD at the University of Turin (1990), and he has been Lecturer in Medieval History at the University of Cagliari, summer fellow at Dumbarton Oaks (1999), visiting professor at Montpellier (2002, 2010), visiting researcher at Princeton (2006) and at the Italian Academy at Columbia University (2011). He is currently Director of the PhD Programme in “Studi sul patrimonio culturale / Cultural Heritage Studies” (University of Bologna), member of the Board of the “Associazione Italiana di Studi Bizantin”, and President of the “Consulta Universitaria per la Civiltà Bizantina e Neogreca”. His main fields of research focus on the social and economic history of Late Antiquity and Early Byzantium, as well as on the Byzantine insular world; he is interested also in the history of Byzantine military institutions and in Byzantine epigraphy.

• prof. Mariateresa Guaitoli (team member): Assistant Professor at the DISCI-UNIBO. She is a specialist in Classic Archaeology, History of Archaeology, Archaeological Methodology and Archaeological Museology. She has participated to several archaeological research projects co-funded by the Italian Ministry of Research and University, and she organised a number of exhibition related to the excavations projects of the DISCI-UNIBO in Bologna and in Trento. As a BYZART team member, she collaborates to the collecting, editing and processing activities about digital images.

• dr. Pier Giacomo Sola (team member, financial consultant): he has been working in coordination and management of many complex transnational projects. During the past years he has supervised the development of several databases in the fields of culture and education. Since 2001 he coordinates the technical bureau of MINERVA project (Ministerial Network for Valorising Activities in Digitisation), promoted by the 27 Ministries of Culture of EU State members, in order to design common strategies in digitisation of cultural heritage. He is responsible for the financial and administrative management of BYZART project. 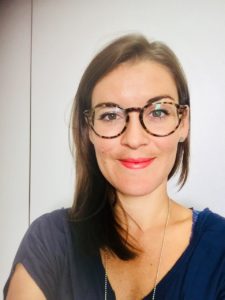 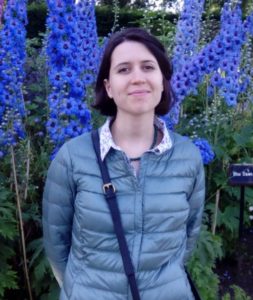 • dr. Lucia Orlandi (technical coordinator): she holds a master in Late Antique and Byzantine Archaeology (2013) and a PhD in Cultural Heritage Studies (2017), both degrees taken at the University of Bologna. She collaborates to the DISCI-UNIBO archaeological projects in Kos and in Crete, and, since 2017, she is research fellow in Late Antique and Byzantine archaeology at the same Department. Her main research interests are baptism and baptisteries, and the social implications of Christian initiation between Late Antiquity and the Middle Ages; religious topography and dynamics of settlement in the late antique and early-medieval Eastern Mediterranean; late antique and early byzantine Greek epigraphy. For BYZART project, she is in charge of the technical coordination and management, along with dr. Giulia Marsili.

• dr. Margherita Elena Pomero (research fellow, digitisation&metadata): in 2008 she hold a master with honors in Byzantine History. In 2011 she was member, as doctoral fellow, of the Byzantine Numismatics and Sigillography Summer Program at Dumbarton Oaks Center for Byzantine Studies in Washington D.C. Finally, in 2012 she took her PhD in Bizantine Civilization, called Bisanzio e Eurasia, at the University of Bologna. Since 2014, she is research fellow in Byzantine History at Department of Cultural Heritage of UNIBO (Campus of Ravenna). Her research interests focus on Late Byzantine History, mainly on all aspects of social history and political ideology, with special focus on numismatics, sigillography, iconography and court ceremonial. For BYZART project, she is curator of digitizing and accomplishment of metadata.

• dr. Veronica Casali (research fellow, digitisation&metadata): a PhD candidate at the “Scuola Superiore di Studi Storici” of the University of San Marino. She graduated with honors in Ancient History in 2011 and in 2014, she obtained a Master’s Degree in Archaeology at the University of Bologna (grade 110/110 with honors). Her main field research concerns Early Byzantine archaeology, art and social history, with special focus on female munificence in Eastern Mediterranean. She is also working on late antique window glass and cooking pottery. As a collaborator of the Byzart Project, she is involved in the digitalization and metadata developing of the images from the archives of the University of Bologna.

• dr. Massimo Bozzoli (team member, IT expert): as IT expert and digital technician of great experience, he worked for several years at the Centre for Research on Multimedia Technologies applied to Archaeology at the DISCI-UNIBO. As a BYZART team member, he is responsible for the maintenance of BYZART site, and he supervises the collecting, editing and processing activities about digital images.