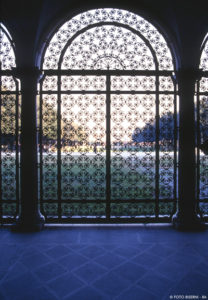 Since 2002 the Art Museum of the city of Ravenna is an Institution of the Municipality of Ravenna. With the creation of the Institution, the museum (which was already the Municipal Art Gallery) has improved its cultural activities. It has combined the already-consolidated activity of preservation and promotion of the heritage with a well-structured cultural production, by creating the CIDM – International Centre for Documentation of Mosaic, and an exhibition activity, allowing the results of the most advanced scientific research to be divulged. The museum keeps over three hundred paintings from the period between the 14th and 20th centuries, which are exhibited in the Pinacoteca, and the permanent exhibition of contemporary mosaics up on display along the cross hallway on the ground floor and managed directly by CIDM. 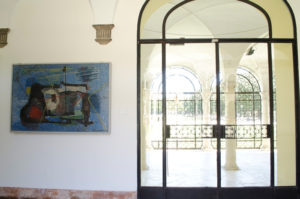 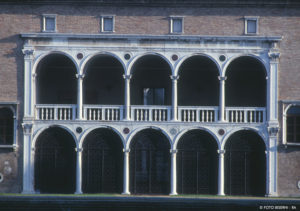 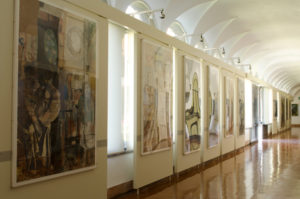 The centre was set up in order to promote the study, research, and development of mosaic art in each of its timeless and limitless expressions. To organize, index and make informations about mosaic easily accessible, CIDM has created and managed a sophisticated database in collaboration with ENEA. The Database of Mosaic provides information about the existing mosaic decorations; starting with the Unesco monuments of Ravenna this database has given each mosaic its own fully descriptive computerized and catalogued datafile, which was specifically designed, taking into consideration not only floor and wall mosaics, mosaic panels and fragments, but also contemporary monumental as well as small format mosaic artwork. The entire body of information being easily accessible to any internet user, insures an open and free circulation of information and opportunities regarding the development of scientific research and human activities concerned with mosaic artworks. 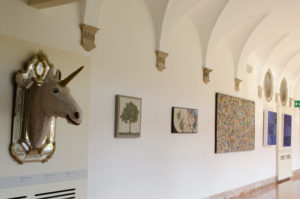 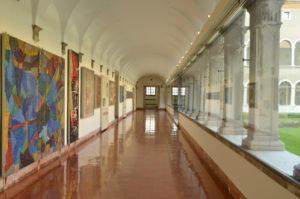 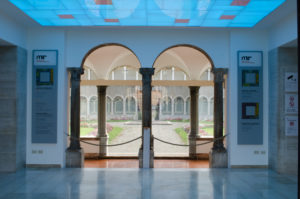 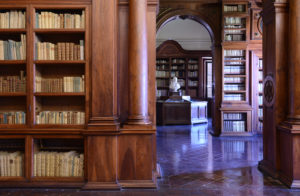 In 1803, following the Napoleonic suppression of monasteries, the ancient and prestigious library of the Camaldolese Monks, built between the 17th and 18th centuries inside the Abbey of Classe (16th century), was elected to be the Civic Library of Ravenna. Among the most important collections we find manuscripts (such as the “Classense Aristophanes”, 10th century), incunabula (such as the first printed book in Italy, 1465), printed editions, autographs, musical manuscripts, precious correspondences, art collections such as paintings, sculptures, drawings, woodcuts, copper engravings, lithographs. Numerous special funds of great importance and variety of documents have been acquired over the last two centuries, such as the Dante Collection (1905), one of the most complete collection of first and rare editions dedicated to the work of Dante Alighieri (who rests in Ravenna since his death in 1321), formed by the great bibliophile and publisher Leo S. Olschki. 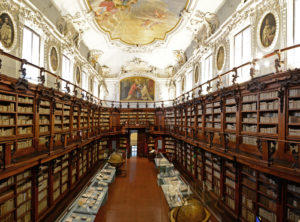 Nowadays, the Classense Library has become a historical library of general culture, with an ancient, modern and contemporary library heritage among the most important in Italy.
A grandiose architectural restoration project in its completion phase has recovered to the library all the spaces of the ancient abbey, for a usable area of 28,000 square meters. 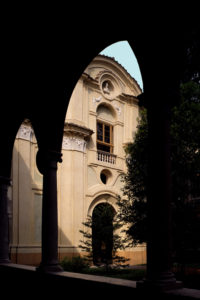 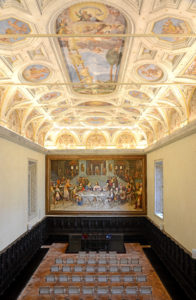 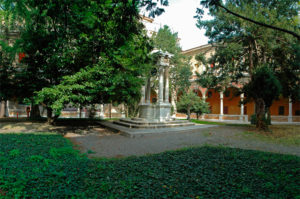 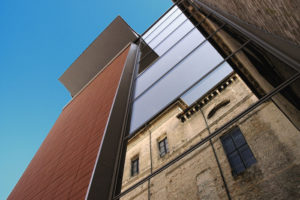