The Institute of Art Studies’ history goes back to 1947 (http://artstudies.bg/?lang=en). Nowadays the Institute of Art Studies at the Bulgarian Academy of Sciences keeps representing the only specialized research unit in Bulgaria that carries out studies on ancient, medieval & contemporary art & culture. Research priorities are focused on collecting & preserving art documentation as well as the analysis of art phenomena, both professional & vernacular, associated with the centuries-old Bulgarian legacy & its role in the construction of European culture. The Institute plays a central role in the development of art studies in Bulgaria, conducting doctorate programmes in all related disciplines and by organizing an annual scholarly conference. It possesses rich photo- (100 000 frames), textual- (250 000 pages), audio- (3400 tapes and 3800 records) and video- (800 films and 200 videocassettes) archives consisting of unique data, and the library fund holds nearly more than 70 000 volumes, including rare editions published at the end of the 19th century. The Institute’s publications includes the two quarterly journals Problemi na izkustvoto (Art Studies Quarterly) and Bulgarsko muzikoznanie (Bulgarian Musicology), two volume annual series Izkustvovedski cheteniya (Art Readings) and Izkustvo i kontekst (Art and Context), as well as catalogues, bibliographies, encyclopedias, volumes and monographs. 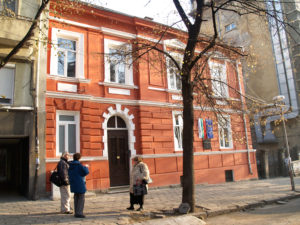 IAS, Sofia is currently running 13 national & international projects directly or indirectly related to the activities of the proposed project. Major past projects in which significant experience was built include a 2000-2006 Greek-Bulgarian project Greek Icon-Painters in Bulgaria after 1453, funded by the Onassis Public Benefit Foundation; and the 2015-2017 research project entitled Repertorium of the 19th Century Church Mural Decoration in Bulgaria is funded by the National Research Fund (both leaded by Prof. Emmanuel Moutafov). 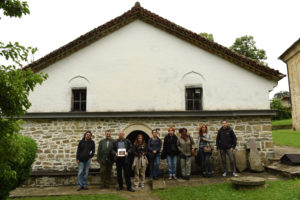 The Institute of Art Studies (IAS) cooperates with foreign academic institutions & organizations, and a number of its fellows are actively involved into international scholar projects. The Bulgarian team except in research will also deal with the restoration and digitalization of the items of the project proposal. 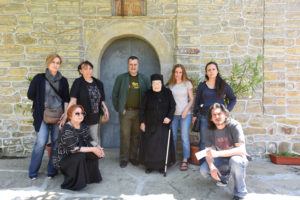 IAS accepts to participate in the international project BYZART with its professional expertise, databases & technical equipment. The team that will take part in the proposed activities is from the Medieval and Pre-Modern Art Department. Three of the researchers (Emmanuel Moutafov, Svetlana Kuyumdzheva and Margarita Kuyumdzhieva) will take part in the research proposed activities & serve as consultants of the other 13 (thirteen) employees from the Archival center, who will be engaged in cleaning, restoration, description and digitalization of the selected items in the frame of this project. IAS further assumes to be engaged in the dissemination of the project’s results to specialist and general audiences.